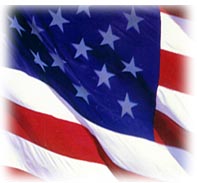 
How many of us grew up with the knowledge of how good spinach was for us? How it had lots of iron and lots of other good things in it. And, of course, that Popeye got his strength from eating it alone.

How many of us had the same respect for parsley growing up?

How many of us have the same respect for parsley today?

About all most of us think parsley is good for is a garnish -- something that adds some green color to the meal but not something you have to eat. Decoration. Fluff.

Well, it turns out that even a very conservative nutritional analysis of parsley reveals that it is a heavyweight contender, if not the outright champion.

Parsley is a major source of protein. Vegetarians could easily pass on their daily eggs [or equivalent] if they replaced them with a clump of parsley instead (especially given that the most common food problem for North Americans is OVER-eating, with average daily protein consumption probably five times more than needed).

But how about shelf life? In general, the more organic and natural something is, the shorter a shelf life it has. At least this is the most common excuse given by chemical- using farmers, shippers and food processors when they add preservatives, fungicides, and oily coatings, to try to extend the shelf life of produce.

Well, part of the reason I never liked spinach as a bachelor was that it only lasted a day or two...in the fridge!!! (I also never liked the fact that cooked spinach almost made me gag because of how stringy it became when cooked).

Parsley, on the other hand, may be the shelf life champ of green, leafy vegetables. Its shelf life is measured in WEEKS! So long, in fact, that some is usually still fresh in my fridge when it is time to do my next shopping trip. Amazing!

Clearly parsley has got a "bum rap". It isn't sexy. In fact, its public consumption is not even socially acceptable.

Eating more than a sprig of parsley in public is viewed about the same as eating the lettuce leaves at the bottom of your shrimp salad. A sure sign of abject poverty. Or lunacy.

Have you ever seen someone eat more than a couple sprigs of parsley in public?

Well, there are a couple of other benefits from parsley that should get everyone's attention.

Warning: in the next few paragraphs "extreme" consumption of parsley will be repeatedly recommended. Sensitive eaters may wish to stop reading at this point.

Make A Meal Of It

I try to start my day with a breakfast of nothing but parsley! Between half and a whole clump, depending on the size and maturity of the clump.

And nothing else (other than water before the meal, of course).

The "nothing else" part is very important and relates to the alpha & omega oils present in parsley (and other green leafy vegetables).

How many of us read about alpha & omega oils at some time in the past five years or so? As a chemical engineer I think I can explain why the theory is sound.

Alpha & omega oils are good for you because their short unsaturated molecules can most easily break up bigger fat molecules, allowing these bigger molecules to be more easily burned by the body.

But I depart from the "expert" books that say you should be consuming bunches of safflower, sunflower, and other so- called "good" liquid oils.

The reason is that oil is oil. No matter how you consume oil, if it is digestible then it will add 1,600 calories for every pound consumed. Period.

1,600 calories was the figure I was taught in high school cooking class. Today the number quoted is 3,500 calories although, as this page notes, there are so many inaccuracies in the calculations, the range is more like 2,800 to 3,700 calories per pound of fat.

Consuming oil is not a good way to lose weight.

Filed away in the backs of our minds is the concept that most vegetables have "zero calories" -- that the energy it takes to digest non-starchy vegetables equals or exceeds the energy released in "burning" the small amounts of starch and/or sugar in them.

Putting It All Together

So, what happens if you only eat a green leafy vegetable at the *start* of your day?

Well, first thing in the morning our body's energy "tank" is empty. In fact, it is hoping we will consume some food, but if necessary it will tap the body's fat reserves, in an inefficient attempt to provide energy.

The problem is that the fat stored in our bodies was first converted. Any poly- or mono-unsaturated oils that the body chose to store were converted to their saturated fat form first.

This conversion is done because saturated chemical bonds are more stable, having less desire to "break down". This is a useful property when it comes to trying to store fat for an extended period of time without it "going bad" and so the body is (as usual) quite smart in converting all fats to saturated ones before storage.

We might laugh, but we have to admit that we have never heard of someone's body fat "going bad". So the system works...in one direction only.

The drawback is that saturated fats, being more stable and thus less reactive, are much harder to break down into smaller, more workable pieces.

A key, literally, is needed. Enter the alpha & omega oils.

This is fantastic news, for sure.

The only downside is that the alpha & omega oils consumed for this purpose are energy sources that have to be burned off as well, thus reducing some of the "gains" (actually losses) made.

Green leafy vegetables are a "zero calorie" catalyst that help break down and burn our stored saturated fat without adding calories that have to be burned off as well.

I emphasized above that I eat *only* parsley for breakfast when I want to gain the maximum benefit from it.

There are two related reasons for this.

If I were to consume say parsley plus fruit of some kind as my breakfast then I would be consuming some starch and/or sugar along with my veggie. My body, being smart (and lazy), would naturally use the sugar (and/or starch) for quick energy. Thus it would have little or no reason to use the alpha & omega oils in the green leafy vegetable for "fat busting" purposes.

So, I would lose one of the key benefits of the "parsley diet".

The second drawback comes from a surprising effect.

When I first started eating just parsley for breakfast I was riding 7 miles to work each morning. Because I had a nifty gadget on my bike that showed my current/average speeds, elapsed time and distance travelled I could easily determine how long it took me each morning to get to work and thus easily see when I beat my previous fastest time.

On the days when I ate nothing but parsley for breakfast, my cycling times were the best I had ever recorded!

This was an astonishing result, especially because I did not think for one second that I would have *more* energy those mornings but rather the opposite. For sure. So, my mind/motivation was not influencing the result. Instead, it happened even though I was not expecting it.

Over the next few weeks I confirmed this result again and again.

Why Such Good Times?

So, why were my best times happening on my "fat busting" days? Any so-called nutritionist would say this would be impossible because fats are very inefficiently burned by the body, and my only other source of calories was a "zero calorie" vegetable!

Parsley helped break down (and thus burn) stored fats AND parsley itself is super easy to digest and so my *stomach* was not having to work overtime trying to digest my breakfast.

I was running "on batteries". Very efficiently. And losing weight to boot!

If this isn't the most interesting, and thus potentially revolutionary, dietary finding of the past twenty years then I don't know what is.

Since the "glory days" of my first parsley findings, I have experimented with a few other vegetables.

I have learned that romaine lettuce is the "king" of the lettuce family, for similar reasons to parsley's dominance -- "fridge durability" and health benefits.

Today my work lunches consist of one or two romaine-lettuce+peanut-butter sandwiches -- with the romaine helping to digest the oil in the peanut butter.

Mind If I Chime In?

I have also noted one other benefit from my "just chomp on it" approach to parsley consumption. The chime -- liquified greens -- produced from regular chewing of large bunches of parsley tends to stick in between my teeth.

This unsightly result has a health benefit that is more and more useful as one grows older.

Parsley chime between the teeth helps compensate for receding gums by protecting and nurturing the weakly-enameled "below the natural gum line" portion of the teeth. This can stop and even reverse some of the deterioration that most of us experience by preventing other more destructive types of food and drink from becoming lodged in between the teeth.

Ah, parsley. From humble "fluff" beginnings to world-class dietary performance -- all it took was a bit of experimentation!

Beyond its unique fat-reducing properties, parsley is also one of the most nutritious foods you can eat.

Here is my favorite parsley recipe:

Add wet to dry and mix well with spatula. Put in a medium hot buttered fry pan and pat down with spatula when crisp and brown. Cut in 1/2 then 1/4s and turn sections over. Cook until done.

One of the most interesting things about this dish is that it is so nutritionally filling that I find my body "shuts off" the "I need food" urge after I eat it.

I eat Parsley Pie and I don't need to eat anything else after it.

Also, neither the parsley nor the green onions are dominant tastes. Instead, each seems to neutralize the other.

I heartily recommend this dish for anyone who is seriously ill or in need of excellent nutrition.